L is for Liberty

When you think of New York then images from the big screen automatically spring to mind.

The Manhattan skyline, the flurry of yellow cabs, Rockefeller Plaza and of course Lady Liberty overlooking the spectacular city, or the Statue of Liberty as she is most commonly known as.

The statue’s full name is Liberty Enlightening The World and she was given to the Americans as a gift from their French neighbours in 1886. 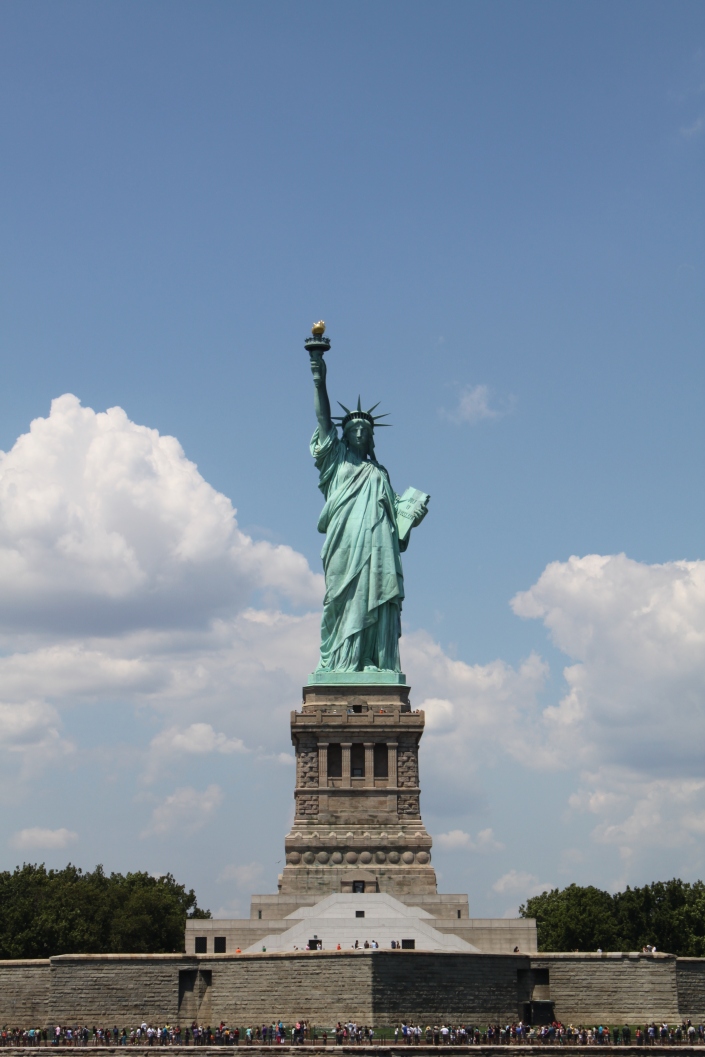 She’s had more film credits than Clint Eastwood and Meryl Streep combined, and she still attracts millions of visitors every year.

She was certainly right up there on my wish list of places to visit whilst in New York.

For as long as I can remember I’ve always wanted to see the Statue of Liberty as she defines New York City to me.

When you’ve grown up watching a lot of movies and television shows as I had, I used to dream of the day that I would get to strut around NYC and say hello to her. Who can forget how she came to life in Ghostbusters 2, she opened up the credits on New Jack City and was featured in Sex and the City several times over the series.

My dream of strutting around NYC faded when I had children quite young. My friends were going on holidays abroad and travelling when I was stuck at home raising a baby. For many years we could barely pay the rent and bills. Luxury for us was being able to dine out once a month. Holidays were certainly not on the agenda for many years.

The whole flying thing became a real issue too so I didn’t ever believe that I would see the Statue of Liberty, unless someone could drug me like BA Barracus in the A Team and get me on a plane that way.

So last year when the dream became a reality and those flights to New York were booked I felt like a child on Christmas Eve.

You can imagine how emotional I became walking from the subway at Battery Park station for the first time and seeing Liberty in the distance.

It felt like I was in slow motion. Husband and son walked ahead and I just stood in the middle of the crowds exiting the subway exits, staring into the distance with my eyes transfixed on this robed lady holding up her torch.

“She’s there, right in front of your eyes Sarah” I heard my inner voice tell me. I do believe there was a tear, and a quivering lip as I stared at her. Beautiful!

My dream like state was quickly interrupted by son dragging my hand and telling me he wanted a hot dog. Thats’ kids for you, they sure can spoil a moment.

I’ve had a lot of moments like that in the past ten years. You’ll read about the flying thing a lot because it really has been the biggest fear in my life that I’ve had to overcome. And, because of that being a factor for so long, well there are a lot of places that I want to visit before I am old and senile.

Of course he’ll say that, he was on commission for the family tickets we were about to purchase. It was the day after when we took the boat ride, and that boat was stopping for nobody. The journey was “quick get the camera, quick get the iPad, quick the camcorder, quick the iPhone”.

That was probably my only regret from the trip. I wish we would have paid separately and got one of the boats that did stop as it felt a little rushed sailing past it.

But never mind, the lady will still be there when I visit again someday.

Next time I’ll stop by and say hello properly to her. 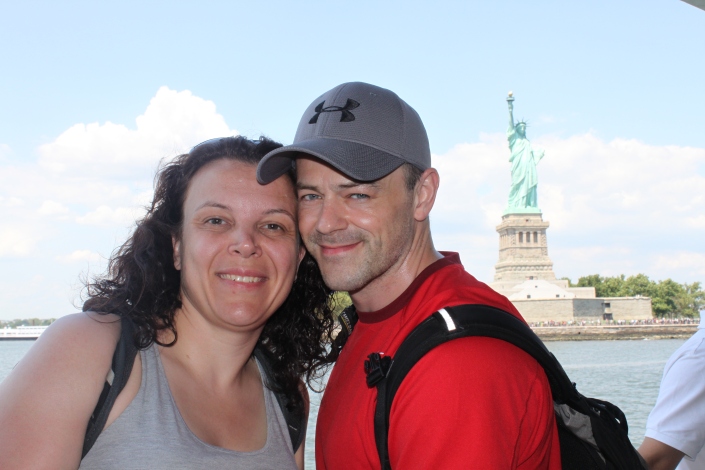 2 thoughts on “L is for Liberty”

As many times as I have been to NY, I haven’t had a good photo of Lady Liberty. Nice photo. I love New York.
Sydney Aaliyah Michelle
2014 A to Z Challenge
Nicole’s #atozchallenge Mighty Minion

I’ve been away for the past 6 days so missed many days of your N.Y. blog…I hope to catch up this week. Loving it so far. 🙂