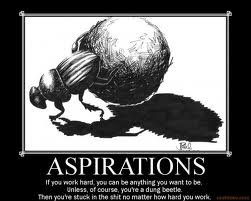 “When I grow up I want to be a bin-man” I used to say as a four year old. I soon changed my mind after the first time I watched the assistant in Booths, Garstang serve my mum behind the deli counter with luncheon meat.

I watched in awe as she took out a clear sheet of plastic, place it onto the weighing scales, take out her serving tongues and weighed out a quarter of corned beef. As she wrapped the corned beef up, printed out a sticker and sealed the bag I knew that being a bin-man would never be as glamorous as serving corned beef with metal tongues. When I got home I made paper corned beef, and borrowed my mum’s knife and spoon to make serving tongues. If I was going to be doing that job when I was old enough to work – I better get the practice in.

In my teen years I then wanted to be a primary school teacher. I’d always enjoyed primary school and did my work experience in one. Not sure I would ever feel fulfilled looking after a group of thirty kids all day but that was the dream. I also toyed with the idea of being a journalist until a careers advisor told me I would probably have to move to London.

London? That was the other end of the earth as far as I was concerned. I loved to write, but I also loved living in Preston and thought I would stay there forever.

I’ve ended up doing neither of those in my career, and moved to Manchester when I was twenty. However I still remember having those aspirations as a youngster when it feels like it’ll be forever until you are an adult.

As you get older the aspirations that you have change too. You realise that you are at work a long time in the week so it’s best to do something that you enjoy doing. I have had many jobs in the past many of which I detested and would be clock-watching every day and counting the days until the weekend. Without those naff jobs though I wouldn’t know what I will and won’t do in employment.

I’m not in that position now, so the aspirations that I have are personal ones.

In terms of what I would like to achieve creatively, the answer is simple. I’d like to achieve at least one broadcasting credit, hopefully in the medium of radio. I’m fortunate that I enjoy my day job, so a complete career change is not something I am looking at for the moment. However, it’s always good to be prepared and have a back up plan should things change.

The other creative dream is to have a play performed in the Greater Manchester Fringe festival in the next couple of years. With theatre being a passion of mine, I would like nothing better to be able to sit in an audience and see actors come to life in characters created by me, with dialogue which has been typed from my fingers.

One thing for certain, I won’t give up until I achieve at least one of these personal aspirations.

On a personal level, I have only one dream and that is that when my kids are all grown up and have families of their own, they will say that growing up was a happy time for them. I hope they feel that they were given opportunities to develop, experiences that shaped them and are thankful for growing up in such a loving environment.

It’s few years off that, but like any parent you hope that your parenting methods haven’t damaged anybody for life.

This is a post for http://www.writesofluid.com blog writing challenge. One blog post a day for all of July.