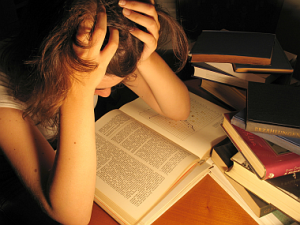 Last night I logged onto the #scriptchat conversation on twitter and asked the same question to the panel which were @Bang2write and @Julie_Gray. As I anticipated they didn’t favour one over the other, it is entirely a personal choice.

I was a late starter when I undertook my degree. It was something that niggled me throughout my twenties as there were many jobs in the public sector that looked like something I could do, but the person specification always requested “educated to degree level”. Early 2005 I did a magazine journalism course, which followed by me signing up for a degree at the Open University.

After I graduated in 2009 I had a burning ambition to then study for a masters, but I was adamant that it would be in something that I felt passionate about. Scriptwriting ticked both those boxes, so I was ecstatic to be offered a place on the course.

Now I am at the end of the postgraduate diploma part of the course, I must admit that although I could have just bought a lot of books about scriptwriting, and if it works for people then that will save them a heap of cash. However, for me attending a class every week, listening to lectures, masterclasses and then receiving feedback from my peers has been invaluable.

I have experienced aspects that I never would have if I was self-taught. The best experience was during my radio drama module where I was present at the drama being recorded in a radio studio with a group of talented performance students. Hearing your words and characters come to life is really valuable. With the medium of radio too, it is easy to spot mistakes that have been made with the script which don’t work in an audible medium.

Being part of a small community of like-minded individuals has kept me motivated during some difficult times over the two years. There are times when you wonder whether you can actually do this, especially when those rejection emails come from the writers room and other script calls. Personally without my class mates I’m not sure I would have got to the end of the course,and I’m hoping that my dissertation will give me the calling card I need.

I know other writers through twitter who were entirely self-taught, and this goes to show that it is a personal preference. I absorb information if I can hear somebody talk, and for me to take notes. But, it’s also reassuring for any future writers that there are a lot of very good text-books out there that can do the trick as well.

How about yourself? Do you favour education or think that self-taught is just as effective.

This is a post for http://www.writesofluid.com blog writing challenge. One blog post a day for all of June.

COOKING ON A BOOTSTRAP

by Jack Monroe, bestselling author of 'A Girl Called Jack'